My memoir, Angels in the OR: What Dying Taught Me About Healing, Survival, and Transformation, is available for pre-order.  It is a #1 new release in several categories.  I would love your support of a pre-order.  My aim is to help make near-death experiences more mainstream.

I love a blank page.  The cursor never blinks for long because my fingers can’t keep up with my mind if they tried, even at 80 wpm.  I might have to delete or reorganize later, but I don’t ever think, “Oh dear…what am I going to write?”

I swear, since birth, the repressed desires of centuries of oppressed women have flowed through my veins, and I came into this world ready to rumble, not to conform.  Generation Xers are not all rebels and renegades, but certainly that possibility was real for us.

Rita and Teacher Appreciation Day:  Speaking of rebels, this weekend I watched several episodes from a Danish comedy-drama on Netflix called Rita.  The way that she fights for some of her students, especially the ones who were overlooked by the system or harmed by their parents reminds me a bit of myself when I taught junior high and high school.  Luckily, I don’t smoke like her, and I avoided physical intimacy with all co-workers and administrators.  I was blamelessness in those areas, but some of my ideas and ways of teaching were off-putting to some parents.  I taught mindfulness and meditation in the early 2000’s, long before it was in vogue.

The practice facilitated deep change for some of my emotionally unstable students, but parents in that small town went to war with me, making all kinds of assumptions.  In their minds, I was a witch to be burned for teaching their kids how to breathe and calm their minds because the practice originated from Buddhism.  I did my best to educate the parents, but their dramatics eventually got the poor superintendent involved when all he wanted to do was watch a football game.

He listened to the CD I played for the kids and said he didn’t see anything wrong with it; however, he also didn’t want to be bothered by the commotion the parents caused. I continued to reserve breathing time with relaxing music, but it wasn’t the same as the guided meditation that taught the students how to breathe deeply and let go of their worries.  Eventually, we stopped the practice, and we missed it.

Early in the Netflix series, the character Rita is asked why she became a teacher, and she finally answers, “To save them from their parents.”  Though I’ve taught plenty of students who came from loving family units, I encountered so many who didn’t.  Those were the students who needed me the most.  Sometimes, their destinies were altered, as mine was, by a teacher who could see their value and remind them of it.  And even the students who came from wonderful families, sometimes thanked me for introducing them to new perspectives or new pieces of literature.

This is my first day of summer break.  I’m exhausted.  It’s been one of the roughest overloaded semesters I’ve ever experienced, clumping through the long hallways in my boot after a very badly sprained ankle.  I am beat up.  I’m not even sure that a summer will be enough time to recharge.   I’ve spent most of the weekends for two months doing little besides grading essays.  And I do, like many teachers and professors, teach summer classes.  Luckily, these classes are online.

Sure, sure…I can list all the things I’m grateful for right now—a wonderful job, health insurance, my health, lots of travel on the horizon, a completed, mostly revised manuscript, friends who have recently helped me locate the typos and missed words, new friends, old friends, free time for reading, and time to swim in the sun and reverse my vitamin D deficiency….but I want others to understand that when teaching is done well it is a holy and wonderful profession that takes an enormous amount of planning, creativity, and energy.

I’ve mentioned before that I received a loud message from God, that my spiritual contract to teach is completed, and I can do what I want now.  I am in the process of determining what it is that I want to do, so for now I continue to teach because I still love working with the students.

However, I know that manifestation is sometimes just a matter of becoming clear about what you want.

Mother’s Day:  Biologically speaking, I’ll never be a mother.  I’m not sure if I’ll ever adopt or foster a child, but if I was to die tomorrow, I would probably be more pissed about never traveling to Italy and Greece than about not having children.

If that sounds cold, please understand that I was quite clear that I could only save myself and possibly influence the lives of some of my students in positive, uplifting ways.  That was the extent of my abilities, given the emotional damage of my childhood and young adulthood, and given how difficult I know that some relationships and marriages can become.  I watched too many parents who hoped for the best and had kids with limited financials and deep-seated emotional and personality disorders. They went on to create massive drama, not realizing what they were doing to their kid’s lives.  They didn’t invest in themselves first and develop the spiritual, mental, and physical strength that would make them stronger support systems for their kids.

As a teacher, I practiced damage control with the self-esteems and minds of many students.   After all, this was my mission from God.  After my NDE, I was told to be a teacher.  Given time to heal physically after a massive surgery, I thought deeply about all the teachers and professors I had experienced in my life and tried to take the best traits from those who were amazing and avoid the mistakes of those who were rude, sexist, narcissistic, or bored with the profession.  God didn’t tell me to, “…return and have a child or many children.”  God implied that my journey was to speak with thousands of people and remind them of their light and divinity.

Do I ever have moments of emptiness or miss the joy and innocence of a child of my own?  Certainly, I do.  But, these are fleeting moments, and they usually only happen around Christmas or Mother’s Day.  I spend a lot more of my time, waking up late on the weekends, stretching leisurely after awesome sleep, and going to movies, concerts, plays, museums, and restaurants that aren’t exactly kid friendly.  I found time to write a manuscript while teaching full-time with extra classes added to my load.

My grandmother once chastised my cousin for not having kids. (She’s given up on me:-) I’m respectful and didn’t argue with her.  However, her main reason was, “You’ll die alone.”  My grandfather died very young, and my grandmother had a boyfriend for several decades.  When her boyfriend died, his offspring were not with him and they didn’t visit often.  My grandmother was with him, rubbing his back and reminding the nurses to check on him.

Sometimes, even the children you have may not be the ones with you at the end.  They aren’t brought into this world to help their parents transition to the next part of life.  They might very well do this, but that might not be their sole purpose.  Maybe my grandmother’s boyfriend wasn’t a super father; maybe he was a better boyfriend than he was a father.  Maybe the exact right person was there for him to help him transition.

I wanted to remind my grandmother than my cousin will probably not outlive his fiance/soon to be wife. Whether they have kids or not, she will most likely be the one by his bedside. I wanted to remind her that I’m a near-death experiencer.  I will greet death with a smile and a leap into the afterlife, no matter who is in the room with me or not.  I don’t like the physical pain that takes us there, but I’ll take that leap with joy in my heart, even if I can’t muster a smile.  If there is one thing a near-death experience gives most people, it is a complete and utter lack of fear about the dying process.  How and where I die was not a reason to have kids.

In Kate Chopin’s book, The Awakening, the quote, “A feeling of exultation overtook her, as if some power of significant import had been given her to control the working of her body and her soul. She grew daring and reckless, overestimating her strength. She wanted to swim far out, where no woman had swum before…” has always stayed with me as both a warning and a reward.

I knew that I could swim farther and faster and still return because Chopin and planted the seed that it is o.k. for some women not to want to be mothers.  They are beautiful as individuals and worthy of respect.

Maybe these women have more time for contemplation and diving deep.  Perhaps they might be one of the ones helping you transition to the other side because they don’t have children to run home to that day.  Maybe they are they are the ones who stay up the long nights with you in hospice.  Possibly they are the ones who spend trying evenings on the phone with CPS, working to find a way to keep their students safe when other teachers didn’t even bother to ask what was going on in the lives of these students. And, maybe, someday, our country might have a female president who didn’t have kids.

I’m not saying that mothers can’t also do these things.  I’m saying that not having kids does give a person time to help the world in ways that others might spend time with their children. Those who don’t have kids have societal value, and it is a shame people don’t automatically realize this.

I’m sure as Morrie said in Tuesdays with Morrie that there is nothing to compare to the experience of having children.   However, I’ve seen so many people pride themselves on the biological act  of simply reproducing when being a good parent is the only thing to celebrate.

Compassion:  Not having kids makes you more of a target of disgust, pity, anger, and other societal judgement.  I have deep compassion for the mothers and fathers of this world.  It is an incredibly difficult job to do well, and I applaud those who do and those who are trying their best.  I have deep compassion for divorced parents trying to fashion the best possible life for their child and dealing with a difficult ex-wife or ex-husband, or even reasonable one. 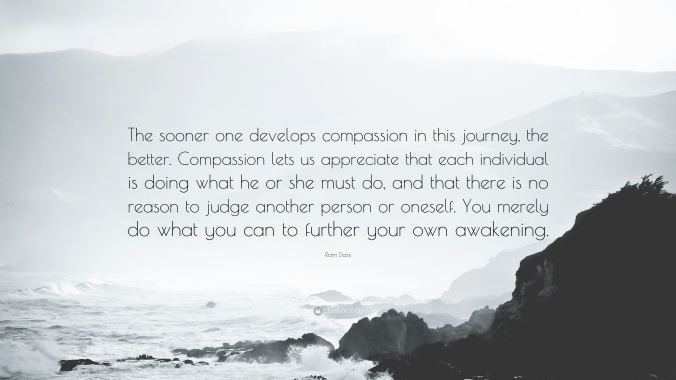